Central State Archive of Supreme Bodies of Power and Government of Ukraine (TSDAVO of Ukraine) is one of the country’s largest. By its profile, it is a governmental archive. Its collections present documental evidence on the activities of various governmental structures that functioned on the territory of Ukraine in XX century: from Centralna Rada (Central Council) of Ukrainian People’s Republic, Ukrainian statehood under Hetman P. Skoropadsky, Directoria (1917-1919) through Ukrainian Soviet Socialistic Republic (1917-1991), to the independent Ukraine. TSDAVO of Ukraine keeps such important historical documents as Centralna Rada’s Universals, Ukrainian Constitutions and their projects, Universal (Act) of the union of West-Ukrainian People’s Republic (ZUNR) and Ukrainian People’s Republic of January 22, 1919, documents of 1917-1921 about national symbols, language, citizen-ship, documents of ZUNR and Carpathian Ukraine. Soviet period of the Ukrainian history is presented in the Archive by the large number of documents of the widest thematic diversity, such as: documents of all-Ukrainian congresses of Councils of working-people’s deputies, Supreme Council of the Ukrainian SSR, Council of Ministers of the republic, and other bodies of state power and government. Among the newest incomings – documents about the events of late 80-ies – early 90-ies of XX century, years of formation of the independent Ukraine, in particular, the Proclamation of Ukrainian Independence and documents about the development of Ukrainian Constitution of June 28, 1996.

Documental sources of TSDAVO of Ukraine reflect all aspects of social and economic, cultural, religious life of Ukrainian society, Ukraine’s international activities; likewise, they contain valuable information on the history and culture of many other counties.

A collection of so-called “Prague archives”, which presents the cultural and scientific achievements of Ukrainian emigration between the two World Wars, is truly a treasury of national and spiritual values of Ukrainian people. The Archive also holds unique collections of documents of the years of the World War II, among which there are local documents of occupation authorities – the Reichskommissariat Ukraine and Reichsleiter Rosenberg’s headquarters for occupied western and eastern oblasts.

TSDAVO of Ukraine receives documents for permanent safekeeping from over 300 institutions. The Archive closely cooperates with corresponding departments of the above institutions, offers methodic support and controls their record keeping and filing. The Archive’s collections are in great demand to researches and general public. Informational support of activities of the bodies of power is one of the Archive’s priorities. The Archive prepares exhibitions of documents, radio and TV programs, publishes archive reference books and collections of documents. 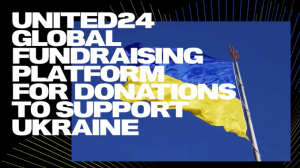 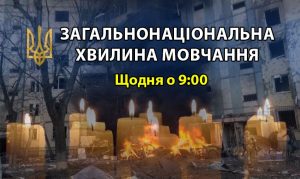